The wrong type of permit - not!

Right, you have a resident permit for the HC2 zone (part of Hendon Central). Can you park in this bay? 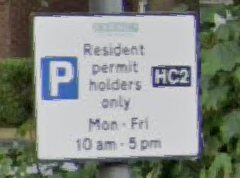 Yes, of course you can.

Can you park in this bay? 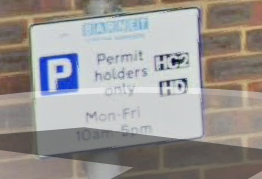 Yes, of course you can.

However, a traffic warden (CEO - Civil Enforcement Officer) having a very bad day (and someone back at base) thought otherwise. Here is the story from the resident.

Keen reader of the blog!

I live in NW4 Brampton Grove and witness a fair amount of nonsense from the CEO’s around Barnet. Today reached a new low.

I was parked in a bay where I have parked for the last 5 years. After seeing the CEO put a ticket on my car I ran downstairs from my flat to investigate. She then informs me that I was getting a PCN because car was parked in a bay which was labelled permit holders only and not resident permit holders only like the bays opposite. I then tried to explain that the reason it says permit holders only and not resident holders only because it also allows business permits under the HD code my resident permit code is HC2 which is clearly listed on the sign. She refused to listen to me and I argued that for the past five years the CEOs have not probably looked at my permit and that I should’ve been given PCN’s. She even called someone who confirmed wrongly that I should be given one.

Oh yes. Here is the PCN. 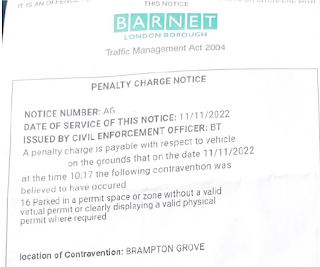 Here also is the permit for the car and location in question. 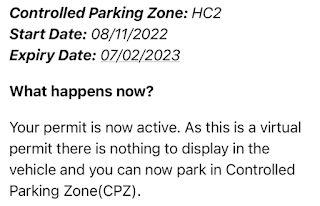 Mr Mustard offered to sort it out but his reader is robust and well able to deal with it himself and in fact it is already cancelled.

Thanks for the quick response.

Re - new to the job - that’s what I asked! But she said she’s been doing it for over a year. I said she may want to retrain or get her eyes tested. Almost want to put in an official complaint due to incompetence.

How do they get away with this! I was not the only car in those set of bays who got a ticket either…!!

This PCN was ineffably stupid and to double down when challenged and be told the wrong thing by the office is just calamity upon calamity.

If you get a PCN in similar circumstances do not pay it. Make a complaint as unless enough complaints are made the CEO won't be retrained (except that Mr Mustard is going to ask for some to be given as goodness knows what other havoc is being perpetrated. Also, challenge the PCN or come to Mr Mustard, this sort of PCN is only a minute's work - email: mrmustard@zoho.com