Mr Mustard peruses the list of traffic adjudicator decisions most days. He mainly reads Barnet cases but sometimes there is something elsewhere which is worthy of a read. This list of cases for one company was such a thing. 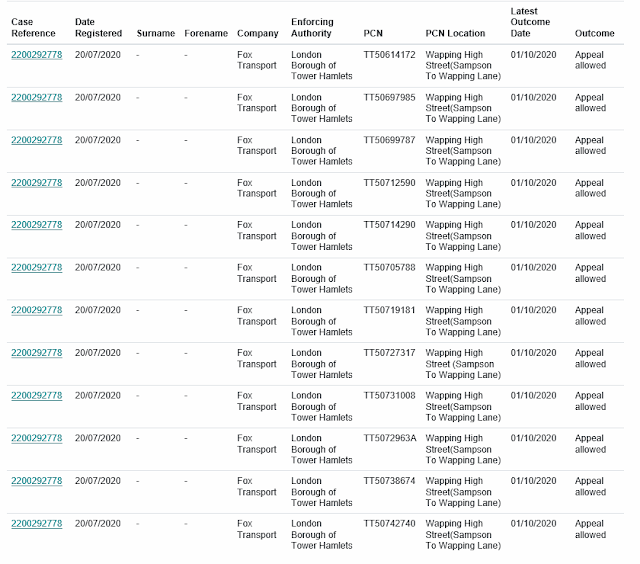 The PCNs were all for driving where you shouldn't, through a newish bus gate in Wapping High St. 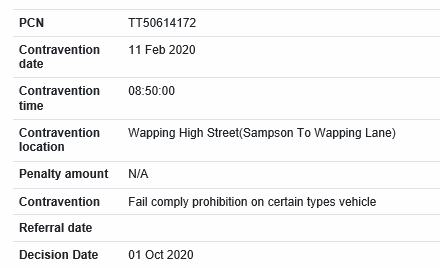 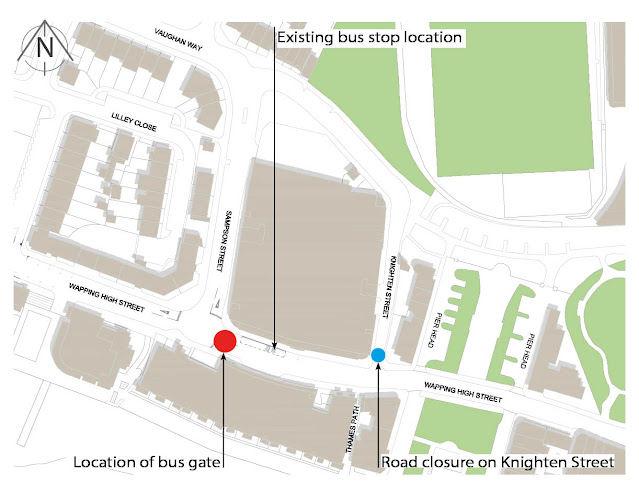 Mr Mustard's eyes were popping once he read the decision. Here it is, absolutely shocking.

The local authority placed marshalls at the site, waved the bus through and then sent a dozen PCNs by post, for contraventions in which they were complicit.

It is hard to adequately express the monstrous duplicity of Tower Hamlets in this situation, trying to extract £1,560 from a company whose driver did exactly as he was told.

Where is the common sense, this bus was actually acting for the council and why haven't they exempted such transport from the prohibition, as they will have done for their refuse lorries?

Costs are rarely awarded and only for wholly unreasonable, vexatious or frivolous behaviour. Tower Hamlets haven't been frivolous but they ought to be paying costs for the time and trouble to which Fox Transport have been put.

Feel free to add your own comments in the box below.