Mr B received a PCN. Mr Mustard compared the local parking sign to the Traffic Management Order which sets the rules, which the sign must then follow, and identified a discrepancy i.e. they were for different times. He made an informal challenge in response to the PCN.

The council rejected them. 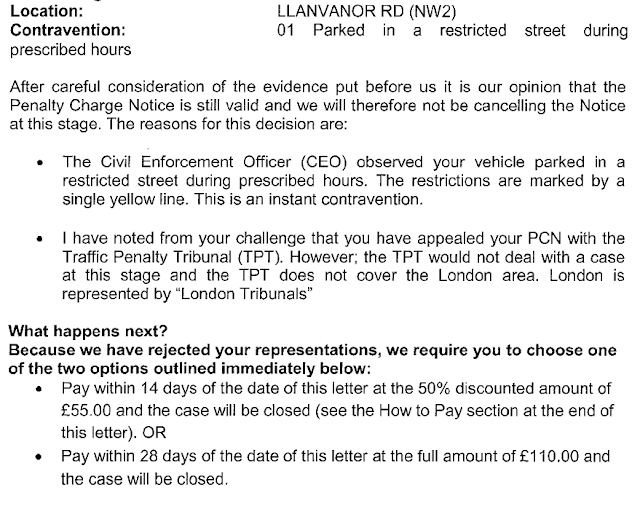 It seems that the writer did not go and look at what the rules where as otherwise he wouldn't have said that the hours were restricted at that time, as they weren't.

The writer didn't understand the point about London Councils either. Mr Mustard did not mention TPT (in front of which he occasionally also appears) so why the council did he isn't sure. In any event had the TPT made a decision on this point it wouldn't be irrelevant, it would not be a precedent either but it would be persuasive so should be considered carefully.

Once the Notice to Owner arrived the identical challenge was made. It doesn't matter that the council have already rejected it, the Owner has the right to make the same representations as the driver (who may be one and the same person) and it is in fact good practice to be consistent. 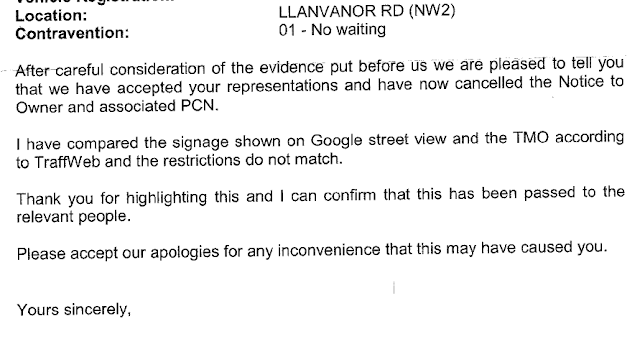 So there you have it, a reverse ferret, and clearly Mr Mustard was 100% correct at the earlier stage.

The worrying aspects about this case are:


If you think you are correct, just keep fighting until all 3 stages of the process are complete. The worst that happens is that you end up paying 100% and learn something and on the other hand you have cost the council a tribunal fee of £30 which they don't see again.

Yours frugally
Mr Mustard
Posted by Mr Mustard at 11:02 am